Applied Physics USA provides PSL Spheres and polystyrene latex beads as particles size standards for aerosol instrument calibration. Wafer Inspection tools, such as KLA-Tencor SP1, KLA-Tencor SP2, TopCon, ADE and Hitachi also require size calibration, which is accomplished through the use of polystyrene latex spheres. PSL spheres, polystyrene latex beads, are provided in sizes from 20 nm to 10 microns to calibrate the size response curves of the respective wafer inspection systems and laser particle counters. PSL Spheres from 20 nm to about 5 microns are typically used to calibrate the size response of laser particle counters. PSL spheres can be used to produce PSL Wafer Standards and Particle Wafer Standards, which are used to calibrate size response of KLA-Tencor Surfscan tools and the older Tencor Surfscan tools

Wafer Inspection Systems, referred to as Scanning Surface Inspection Systems, SSIS, most notably from KLA-Tencor and Hitachi, are calibrated using PSL Wafer Standards, which are Prime Silicon wafers deposited with PSL spheres at specific sizes and narrow size distribution. The wafer inspection tools are used to inspect the cleanliness of 300 mm, 200 mm, 150 mm wafer surfaces; bare silicon or film deposited, wafer surface. The SSIS can identify the X/Y location of the PSL spheres and particles, describe the size of each defect as well as summarize an overall particle count on the wafer surface. KLA-Tencor wafer inspection systems, such as Tencor 6200, 6420 and the KLA-Tencor SP1, KLA-Tencor SP2 and KLA-Tencor SP3, are used throughout the semiconductor industry for this application. Topcon has the 3000, 5000 and 7000 series Wafer Inspection Systems. Estek, ADE, Aeronca and Hitachi also provide a variety of wafer inspection systems. Nearly every SSIS produced today is now able to detect at 30 nm particle size sensitivity or better. PSL Spheres are used to represent the particle size standards on the wafer surface. Applied Physics offers PSL Sphere sizes from 20 nm to 160 microns for size calibration, HEPA Filter tests, etc. PSL Spheres can be ordered by calling Applied Physics at (719) 428-4042.

PSL Spheres are used with PSL Wafer Deposition Systems to produce PSL Wafer Standards, also referred to as Particle Wafer Standards. In either case, after the PSL Wafer Standard is produced, it is then placed on a wafer inspection system and scanned by a single laser SSIS or dual laser SSIS. The actual PSL size response is compared to the SSIS size response. If the two peaks do not match, the SSIS must be calibrated.Pre-mixed, high concentration PSL Spheres are for 2300XP1 systems, 2300 NPT-1 systems, 2300NPT-2 and M2300G3 wafer deposition systems.

The pre-mixed PSL Spheres come in a 50ml bottle, mono-disperse in size (1 size distribution), and are provided from about 47nm to 950nm in size. This PSL solution is poured directly into the nebulizer or atomizer vessel. Pre-mixed is a convenient way of purchasing the polystyrene latex beads, since all the dilution has been accomplished in a very uniform manner, no muss, no fuss, permitting the user to not deal with mixing the polystyrene latex beads using beakers, DI water and ultrasonic trays. The un-mixed PSL material is provided in a 15ml bottle, mono-disperse in size (1 size distribution), and usually in a 1% concentration. These PSL Spheres are provided in a broad range of sizes, but for our purposes, from 20nm to 4um in size. The PSL material must be mixed to the proper dilution or it will be to concentrated or too weak to provide effective results when trying to deposit by one of the above PSL Wafer Deposition Systems. CleanRoom Foggers Link 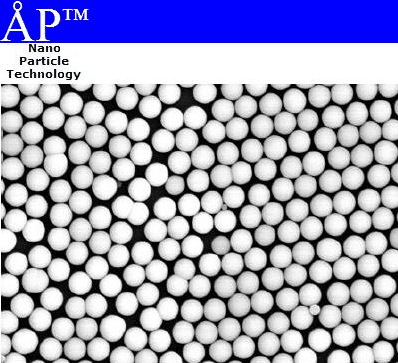